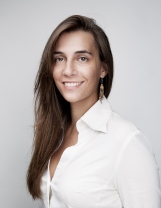 Evgenia Giakoumopoulou is a Co-founding Director of ACCESS. Evgenia worked with the Sexual Orientation and Gender Identity Unit of the Council of Europe, as well as with Amnesty International and the International Commission of Jurists on their Europe-oriented advocacy and litigation work. In 2013-2014 she served as an Appeals Committee member with the Greek national Asylum Service carrying out refugee status determination. She has researched and co-authored several publications on migrants’ rights, internal displacement and torture prevention, including for the Council of Europe. In addition she cofounded the NPM Observatory and engaged in national human rights movements in France and Greece as an active member of the Hellenic League for Human Rights and SOS Homophobie. Evgenia holds a Masters in Criminal Law from Université Panthéon Assas (Paris II) and LL.M. in the International Law of Human Rights and Criminal Justice from the Netherlands Institute of Human Rights (SIM). She is fluent in English, French and Greek, and has basic Russian.

Antonina Vykhrest is a Co-founding Director of ACCESS. She has worked with the Council of Europe cooperation programs and monitoring mechanisms including most recently as a project manager dealing with internal displacement and women’s access to justice. Antonina has advocated on diverse human rights issues with international NGOs including the International Commission of Jurist’s Women’s Human Rights Program and the International Service for Human Right’s UN Program. Supporting national civil society movements in the U.S., Mexico, France and Ukraine where she completed a Fulbright Fellowship, she has published in online platforms such as OpenDemocracy, Women Under Siege and AlJazeera. Antonina holds a B.A. in Political Science and International Comparative Studies from Duke University and an LL.M. in the International Law of Human Rights and Criminal Justice from the Netherlands Institute of Human Rights (SIM). She speaks English, Russian, French, Spanish and has a solid knowledge of Ukrainian.

Álvaro Gil-Robles (Spain) was the first Commissioner for Human Rights of the Council of Europe, and held office from 1999 to 2006. He shaped the profile of the Office and its role within the European human rights system, establishing international credibility for the institution. His most noteworthy actions included his engagement in the protection of human rights in the aftermath of the second Chechen conflict, advocacy for improving prison conditions, promotion of minority rights and support to national human rights actors, such as Ombudsmen, other national institutions and non-governmental organisations. Previously, Mr Gil-Robles was Ombudsman of Spain (1988-1993), lawyer for the Constitutional Court of Spain (1980-1983) and Professor at the Complutense University of Madrid (1978-1980). He holds a PhD in Law from the same university.

Lilja Gretarsdottir (Iceland) is currently the Deputy Head of Division at the Council of Europe, where she works on issues of international migration and internal displacement. Lilja Gretarsdottir previously served as the Secretary General of the Conference of Parliamentarians of the Arctic Region where she focused in particular on indigenous rights, gender equality and the social and cultural effects of climate change. In the aftermath of the financial crisis in Iceland she became a Member of the Icelandic Parliament from 2009 to 2013 where she inter alia served as the Chair of the Parliamentary Committee of Social Affairs and Social Security and Chair of the Environment and Communications Committee. Since she was a student, Lilja Gretarsdottir has maintained a keen personal interest in migrants´ rights and the successful integration and empowerment of migrating families. She has through the years worked with immigrants in varied places and regards the dire situation of many irregular migrants, asylum-seekers and refugees as one of the most serious human rights issues in Europe today. LiljaGretarsdottir has twice been awarded the Gender Equality Price in Iceland for her contributions in the field and she is eleven times the Icelandic women´s chess champion. She graduated from Harvard University with a BA in history and political science and from Trinity College of Cambridge University with an MPhil in philosophy.

Michael O’Boyle (N. Ireland) has been recently appointed Special Adviser on behalf of the Secretary General of the Council of Europe to the Government of Georgia on human rights issues.  From 2006 to 2015, he was the Deputy Registrar of the European Court of Human Rights, and was previously Registrar of the First and Fourth Sections of the Court. He is the author of numerous articles in the field of public law and human rights and co-author of The Law of the European Convention on Human Rights (David Harris, Michael O’Boyle, Edward Bates, and Carla Buckley). He is a barrister-at-law and former Lecturer in Public Law, Faculty of Law, Queens University, Belfast. He is also an Honorary Bencher of the Inn of Court of Northern Ireland and holds an honorary Doctorate of Laws from Queens University. He further holds degrees from Queens University (LLB), the Harvard Law School (LLM) and the International Institute of Human Rights, Strasbourg (Diploma in the international and comparative law of human rights).

Arthur Caugnon became the President of ACCESS in May 2015. Prior to joining ACCESS, Arthur has been involved with civil society initiatives in Paris,  working primarily on the social inclusion of disadvantaged youth. He currently works in an American insurance company in Paris, and holds a master in law from Université Panthéon Assas (Paris II) and a master in management from the Conservatoire national des arts et métiers (CNAM). He is fluent in English and French.

Dr Mohamed Krimi became the Secretary-Treasurer of ACCESS in November 2016. Mohamed has been volunteering for 6 years with various human rights and education initiatives throughout the Paris region. Mohamed first started volunteering in Tasmania, Australia with Conservation Volunteers Australia, a non-profit organization whose mission is to attract and manage volunteers to participate in projects that protect and enhance the australian environment and heritage. Currently, he volunteers with Rhapsod’if, a non-profit organization that works with persons with disabilities to promote oral health care and prevention, especially among children with disabilities. Mohamed received his DDS and MA degrees in Endodontics and Periodontics from the University of Paris Descartes. Aside from his volunteering and his work in private practice, he is aTeaching Fellow at the Department of Endodontic and Restorative Dentistry. Mohamed speaks fluently in English, French, Italian, Arabic and has basic Dutch.

Irmina Kotiuk joined ACCESS’ team in January 2018 as advocacy and legal advisor. Irmina is a barred lawyer with expertise in the fields of human rights, criminal law and compliance issues. For the last five years she has been working as a registry lawyer in the European Court of Human Rights. Prior to this, Irmina was an associate at the White and Case law firm in Warsaw in the litigation department dealing with Business Criminal Litigation and compliance. In the course of her professional career Irmina worked in public administration, intergovernmental organisation and the private sector. She has further co-operated with Polish and international non-governmental organisations as an human rights expert. In addition to her legal experience Irmina was involved in advocacy work at both national and international levels, including towards the European Union, and coordinated several complex projects. She holds an LL.M. in the International and European Union Law from Amsterdam University and Master 2 in Human Rights from Strasbourg University.

Ségolène Chesneau is a lawyer and project manager. Ségolène joined the team in April 2017 as legal advisor and the editor of the European NPM Newsletter. Prior to ACCESS, Ségolène has worked with the Council of Europe cooperation programmes and intergovernmental cooperation, first with the Steering Committee for Human Rights (CDDH) and then for the Human Rights for Legal Professionals Programme (HELP). Ségolène holds a BA in Law from the University of Paris X, Nanterre, a M.A. in European Studies from the University of Hamburg, and an LL.M. in international public and private law from the University of Strasbourg. She is fluent in French, English and German, has a solid knowledge of Portuguese and basic Turkish.

Zaruhi Shushanyan joined ACCESS in March 2017 as a Strasbourg-based Project Coordinator for the project ”Promoting the social rights of persons with disabilities by building the capacity of Armenian civil society organisations to engage with the Council of Europe monitoring mechanisms”. She previously worked as a Project Officer and later as a Consultant at the International Institute of Social Studies of Erasmus University Rotterdam, after obtaining her MA degree in Development Studies at the same university. In 2015, Zaruhi completed an Advanced Master course in International Development at Radboud University Nijmegen. She has previously been involved in a number of human rights initiatives and capacity building projects in her home country of Armenia. She also worked and volunteered for various regional and international organisations, including the Council of Europe, where she completed a traineeship for the European Commission for Democracy through Law (Venice Commission). Zaruhi is fluent in Armenian, English, Russian and French.

Olha started her traineeship with ACCESS in January 2018, while completing her Bachelor degree in Strasbourg University’s Faculty of Law, Political Science and Management, training in the fields of law, applied economics, management, accounting and finance. At the same time, Olha is a student of I. I.Mechnikov National University at the Faculty of Law, Economic and Management, in Odessa, Ukraine. She is fluent in English, French, Russian and Ukrainian.

Costas Paraskeva is an expert on the European Convention on Human Rights having established himself as a regarded human rights academic and a legal practitioner. Costas has served as the Cypriot member the Council of Europe Committee for the Prevention of Torture (CPT) since 2011 and has been recently re-elected by the Committee of Ministers of the Council of Europe for another four-year term.

Costas regularly represents clients before the European Court of Human Rights with a particular focus on the right to a fair trial, right to respect for private and family life and the protection of property. He provides legal consultations on diverse aspects of ECHR litigation and potential violations of human rights.

Since 2013 Costas has been a Lecturer of Public Law at the University of Cyprus, where he currently teaches Human Rights Law and Administrative Law. Previously he had taught at the University of Nicosia and at the London Metropolitan University. His areas of research include the European system of protection of human rights, the effective enforcement and implementation of human rights norms, and the right of access to justice and redress.